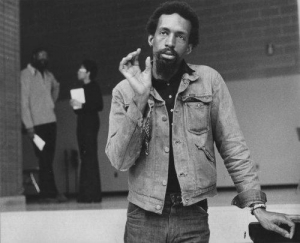 For the finale concert of Monday Evening Concert‘s 79th season, we offer a pairing of rarely performed works by the American mavericks Meredith Monk and Julius Eastman. Eastman’s Femenine was described by the New York Times as “a longing, tender, grandly unruffled 70-minute masterpiece that takes its place at the pinnacle of the Eastman works that have survived,” and Monk’s storied career as a vocalist, composer, dancer, choreographer and filmmaker has influenced luminaries from Bruce Nauman to Jean-Luc Godard. The towering pianists Ursula Oppens and Gloria Cheng join us to present selections from Monk’s solo and duo piano catalogue. Eastman and Monk, who were colleagues in real life, are reunited in spirit in our season finale.

Nathalie joins the ever amazing Grammy Award winning soprano Isabel Leonard for an Isa Chat on Instagram live.  Tune in at 5pm EST/4pm CST as the two Juilliard alums catch up on music and life.