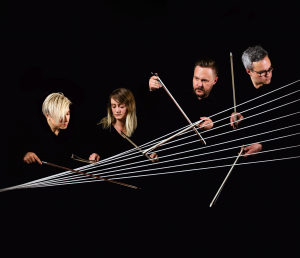 Two-time Grammy award nominees, the Spektral Quartet actively pursues a vivid conversation between exhilarating works of the past and the extraordinary works of today. With the New York Times writing that, “they have everything: a supreme technical command that seems to come easily, a capacity to make complicated music clear, and, most notably…an ability to cast a magic spell”, Spektral is regarded as one of the boldest ensembles working today.