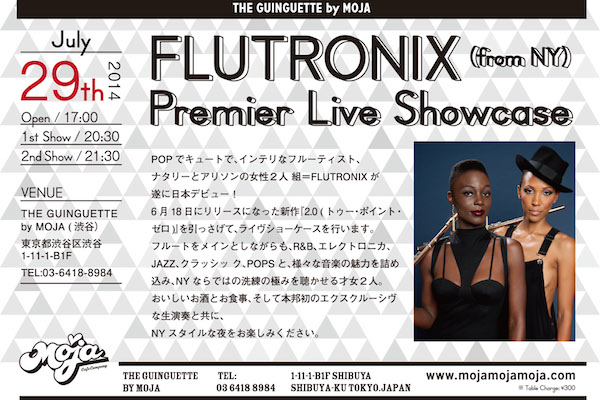 Flutronix went to Japan for the first time ever this summer!  The duo made press appearances throughout the region in support of their first international album release, 2.0,  on Village Again Records.  On July 29, Flutronix presented a free live performance showcase in Tokyo at The Guinguette by MOJA, with two sets at 20:30 and 21:30.  The concert featured fan favorites from 2.0 and the duo’s self-titled debut album, as well as their unique cover of Candy Candy by Kyary Pamyu Pamyu.