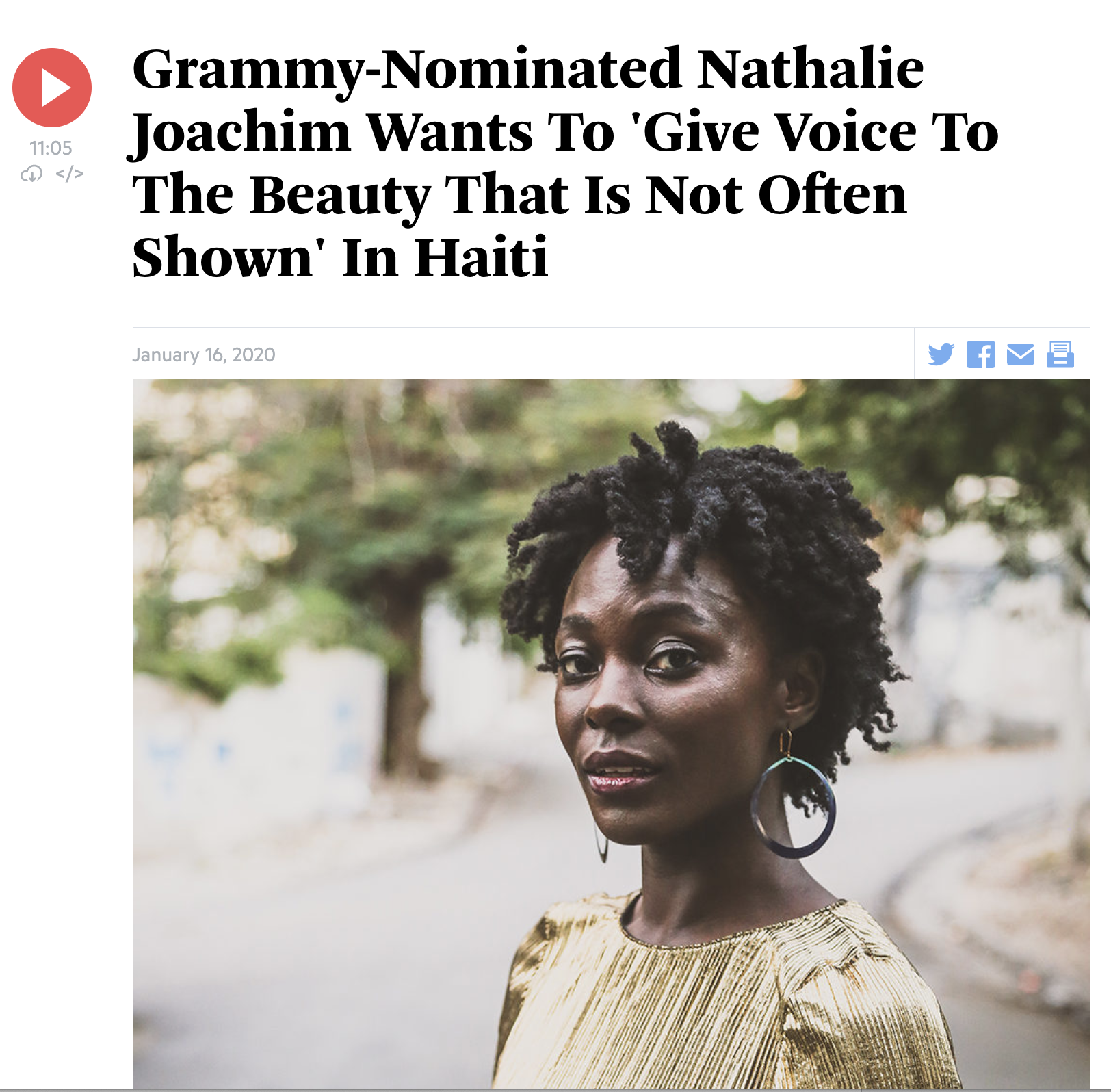 Joachim joins Here & Now’s Tonya Mosley to discuss how her album celebrates her Haitian heritage and some of the country’s unrecognized female artists.