After nine years, flutist Tim Munro will leave eighth blackbird at the end of the 2014-15 season. New York based flutist Nathalie Joachim will move to Chicago in August to take up this position for the 2015-16 season and beyond.

Ms. Joachim is a faculty member at The Juilliard School’s Music Advancement Program (MAP) and is regularly engaged by elite educational institutions nationwide. Upcoming 2015-16 projects include commissions from Helen Simoneau Danse and Park Avenue Armory’s Under Construction Series, as well as the release of a new Flutronix EP. Ms. Joachim is the only person to have successfully completed the MAP, Pre-College, and College Division programs at The Juilliard School. She completed her graduate degree studies at The New School in audio production and sound design.

Nathalie’s first public appearances with the ensemble will be at the Wratislavia Cantans Festival in Wroclaw Poland in early September, 2015.

A native of Brisbane, Australia, Tim Munro’s work as a flutist, speaker, writer and teacher is united by a single goal: to draw audiences into an engrossing, whimsical and mischievous musical world. According to Chicago Tribune, “the fierce virtuosity of Munro was worth the price of admission.” Munro recently released his debut solo record, “one two three” (Parlour Tapes+), an album in which he is cast as flutist, singer, amateur mathematician and supervillain.

Says Munro, “The 2014/15 season will be my last as a member of eighth blackbird. I feel honored to be a part of a truly exceptional ensemble, one that consistently operates at the highest international level, and one that has inspired and encouraged me to play, speak, write, compose and teach at a higher level than I knew possible. eighth blackbird’s mission remains close to my heart, but after nine years I want the freedom to have greater autonomy in my professional life, the time to wander more diverse creative avenues, and the ability to spend more time at home in Chicago.”

Munro’s final public performances with the ensemble will be at the Great Lakes Chamber Music Festival in late June, 2015. You can find Tim’s new website at timothymunro.com. 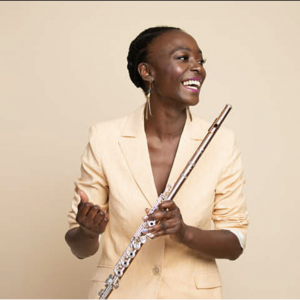